REPORT: Oil and gas generates more than $600 million per year in revenue for K-12 and higher education

Oil and gas generates more than $600 million per year in revenue for K-12 and higher education in Colorado, new research shows

Key state lawmakers warn “we cannot ignore the contributions of oil and gas” and “how many people in Colorado are employed in this industry.”

Denver Pipefitters Local 208: “Positive changes in energy policy are possible – we just have to keep in mind all the connections between the energy sector and other things we care about, including good public schools and good jobs.”

DENVER (Jan. 29, 2019) – Colorado’s oil and natural gas industry generates more than $600 million per year on average in taxes and other public revenues for K-12 and higher education, reinforcing recent comments from legislators and other stakeholders about the importance of the energy sector to our state. Hostile measures against oil and gas development – as opposed to constructive regulatory improvements – will cut existing budgets for public schools and jeopardize plans for new investments such as higher teacher pay and expanded full-day kindergarten.

Those are the central findings of a new analysis from Vital for Colorado titled Books, Buildings and BTUs: The $600 Million Connection Between Public Education and Colorado’s Energy Sector. The 13-page briefing (available for download here) examines the biggest and easiest to identify oil and gas funding sources for K-12 and higher education in Colorado, one of the nation’s largest energy producing states. These sources include property taxes, state-owned mineral development, and taxes paid by tens of thousands of energy workers and their employers.

Conservatively, these diverse revenue streams poured more than $3.3 billion into K-12 and higher education between FY 2012-13 and FY 2016-17. During the same five-year period, the annual average from these revenue streams was $669 million per year. Importantly, these totals do not include severance tax revenues, which are used to support other public projects and services.

Late last year, the U.S. government updated its state-level energy rankings. Colorado is the fifth largest producer of oil in the country, just ahead of Alaska and California, and sixth in natural gas.

This may be news to some, but Colorado has always been a major energy-producing state. The Denver-Julesburg Basin and Southern Colorado’s Raton Basin, for example, have produced oil and gas for decades. Equally important, Colorado also leads the nation in protecting the environment and public health.

Sweeping reforms started by Gov. Bill Ritter and continued by Gov. John Hickenlooper — both Democrats — dramatically tightened oil and regulations across the board, from the location of wells, to air quality controls, to local involvement in the permitting process, and more.

How was this possible? 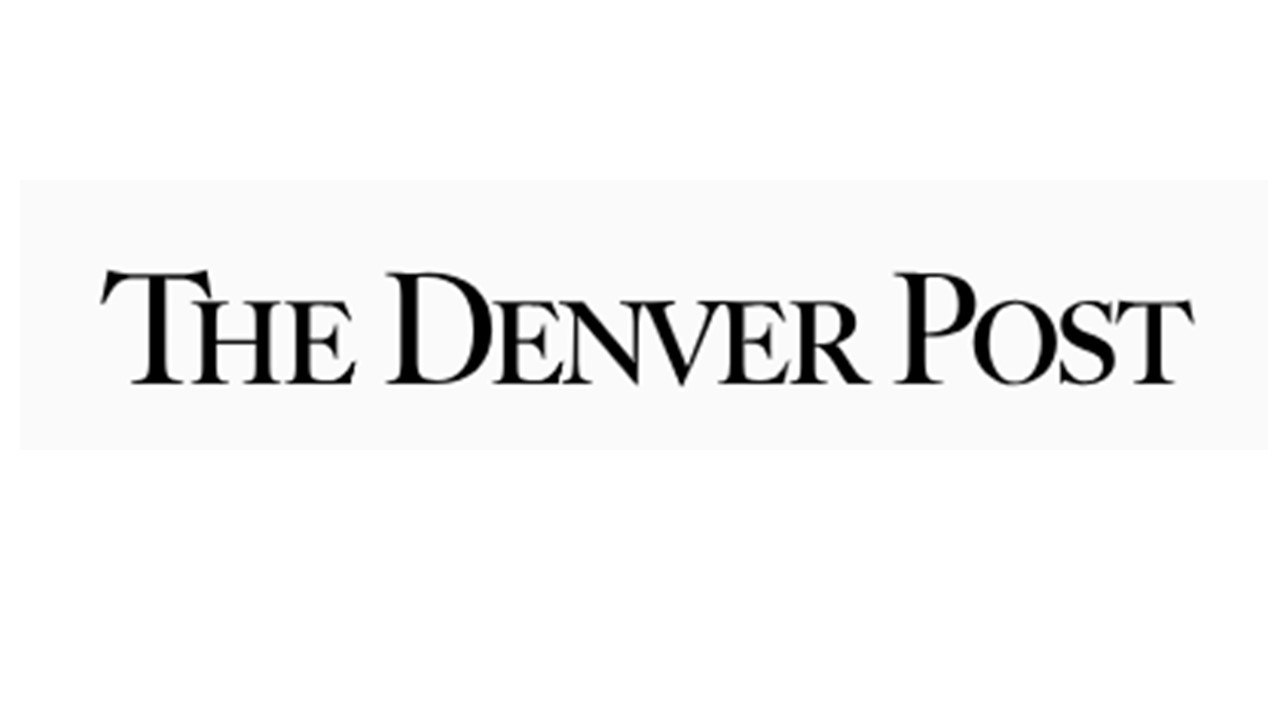 ‘OUR STATE WILL BE FINE WITHOUT THEM’: PROP 112 CAMPAIGN’S SHAMEFUL COMMENTS ON ENERGY WORKERS

State Rep. Joe Salazar, attorney and spokesman for the Proposition 112 campaign, said the following at a small rally outside the State Capitol on Saturday:

“The oil and gas industry needs to be looked at as an immoral industry … It has no business here in the state of Colorado. Our state will be fine without them.”

These disgraceful comments deserve immediate condemnation from political leaders and candidates across the spectrum. Calling tens of thousands of energy workers immoral, saying they have no right to live here, and declaring our state will be fine without them is shameful, dishonest and extreme.

These are decent men and women with families, and thanks to their hard work, we can heat our homes in the winter, drive our cars and keep the lights on year-round, along with so many other modern conveniences that support our way of life. Colorado energy workers are also our friends, neighbors and family members, contributing in countless ways to their communities and our state. But to the Proposition 112 campaign, they are bad people who should be kicked out of our state.

Rep. Salazar’s comments and the cheers he received from Prop 112 activists expose yet again what the Proposition 112 campaign is all about. For all their denials about trying to ban new drilling in Colorado and all their deceptive talking points, Rep. Salazar’s gaffe reveals the truth: Proposition 112 is just an extension of the “ban fracking everywhere” and “keep it in the ground” campaigns of Food & Water Watch in Washington, D.C. and 350.org in New York.

These fringe national groups are heavily supporting Proposition 112 is because they know it will effectively ban new drilling in Colorado and drive the oil and gas sector out of our state, along with tens of thousands of working families. They would call that a huge victory, but the losses for our state would be massive, including almost 150,000 jobs destroyed, a $7-9 billion in shortfall in state and local tax revenue for schools and other essential services, and roughly $200 billion in economic losses over the next decade.

“The intent of this proposal is to in-effect ban almost all oil and gas production in Colorado.” – Denver Metro Chamber of Commerce

“More than three quarters of the jobs destroyed by this ballot measure will come from outside the state’s oil and natural gas sector … That is why you are seeing the business community working so hard to defeat this measure.” – Colorado Association of Commerce and Industry

“The economic damage from Proposition 112 could literally trigger a recession in Colorado, and our coalition will make sure voters fully understand the consequences of this deceptively written ballot measure.” – NFIB Colorado

DENVER (Sept. 12) – The coalition to defeat Proposition 112 continues to grow, with more than 30 civic and business groups and dozens of current and former elected officials vowing to defeat the economically destructive ballot measure pushing by national “keep it in the ground” groups.

The Denver Metro Chamber of Commerce, Club 20, the Colorado Association of Commerce and Industry, the Colorado Municipal League and the Colorado chapter of the National Federation of Independent Business are some of the latest groups to formally announce their opposition to Proposition 112. They join a massive bipartisan coalition that includes both candidates for governor, Jared Polis and Walker Stapleton.

Investors: Don’t buy what political activists are trying to sell you in Colorado.

I’m surprised this reminder is even necessary, given how anti-oil and gas ballot measures collapsed in 2014 and 2016. But according to the Denver Business Journal, this month’s signature submittal for anti-oil and gas Initiative 97 “rattled some investors,” with a $3 billion drop in the combined market value of some of Colorado’s largest energy companies observed in the days afterward.

To be clear, $3 billion is roughly 5 percent of the combined market capitalization of these firms, so it’s nothing they can’t bounce back from. But the nature of this knee-jerk reaction is surprising nonetheless. It ignores a whole host of fundamentals – specifically, the longstanding hurdles facing any ballot measure targeting the oil and gas industry in Colorado.

If anti-oil and gas Initiative 97 qualifies for the ballot this year, it will hit a wall of bipartisan opposition and be defeated convincingly, Colorado business leaders said today while releasing a list of groups opposed to the ballot measure.

Initiative 97 will be defeated, if it qualifies, for a simple reason: Public and private studies of Initiative 97 have shown the voters of this state the severe economic impacts of this extreme ballot measure. State energy regulators concluded the ballot measure would ban oil and natural gas development across most of Colorado, including 85 percent of state and private land. The sweeping energy ban imposed by Initiative 97 would destroy well over 100,000 jobs and take $1 billion of tax revenue away from state and local governments, according to a study conducted by the REMI Partnership, a coalition of business groups including Colorado Concern and the Denver South Economic Development Partnership. 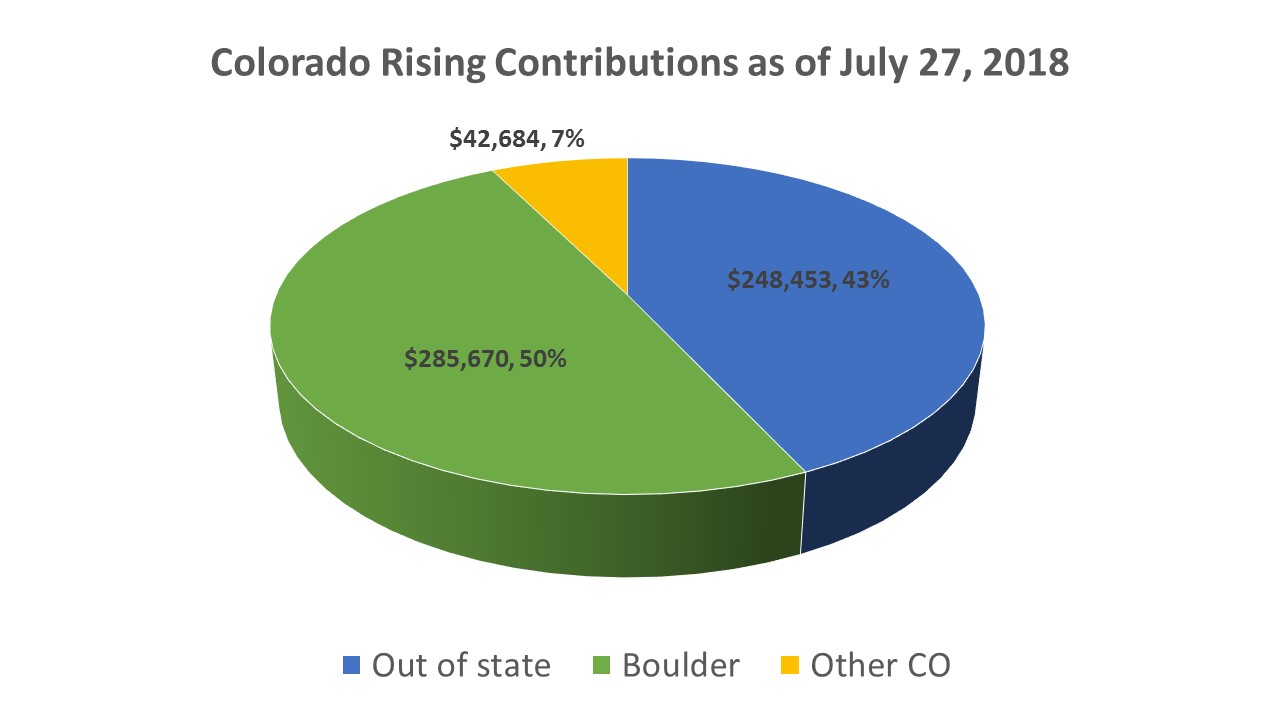